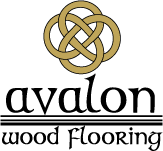 Tuesday, April 12, 2016 10:39 AM Uncategorized
Why do certain people become extraordinarily wealthy while others do not?
Great wealth, of the non-inherited kind, is not an accident. The extraordinarily successful people who make it have habits that set them apart from everyone else.
These habits can be incorporated into your daily life and if used correctly help you find your own great success.

1. Find Passion in Work
Extraordinary wealth most often comes from building large companies. These entrepreneurs stem from all demographic regions and walks of life, and span all industries. What they almost always have in common is a great passion for what they do, and putting in the long, tedious hours it takes to build something great--rather than just doing well.

2. "Back Into" Wealth
If you speak with many of the world's wealthiest people, you will rarely hear that their goal was to make a ton of money. The primary reason for this is that money is not itself a truly great motivator of excellence; it runs the motor but it rarely drives talented people to extraordinary heights. What does drive them is usually something greater--the desire to build something sustainable, to disrupt society, to empower communities are all responses you often hear from those who have achieved this level of success.

3. Focus
Extraordinarily wealthy and successful people possess the ability to focus on the achievement of singular goals. Whereas the average person splits his or her focus and often tries to partially satisfy many goals, the most successful people isolate the tertiary and focus fully on the most important issues they face until they are solved.

4. Embrace Risk
Of the hundreds of extraordinarily wealthy, self-made people I have met over the years, not one arrived at that point without periods of intense struggle.
Nearly all of them had at least one major point in their lives where they had to roll the dice and risk everything, or where things looked like they might fall apart.
This risk-embrace is one of the strongest traits of the extraordinarily successful, and one ingrained in our cultural view of the great entrepreneur: Steve Jobs starting Apple with nothing but a couple thousand dollars and a garage, Bill Gates dropping out of Harvard to start Microsoft, Jeff Bezos ignoring a decade of screams from Wall Street analysts crying doomsday on Amazon to pursue his greater vision.
As John Rockefeller said, "Don't be afraid to give up the good to go for the great."

5. Dissect Failure
Most people shy away from their failures. They don't want to confront them, or relive them, because the experience is painful. Extraordinarily wealthy people invariably do the opposite: They ruthlessly dissect their failure, break it down into its component parts, and assess the various points where they made a clear mistake.
Failure assessment, while difficult, is often essential, because it is the most significant factor in preventing additional failure for the same reasons. For the most successful people, repeat failure is a waste, while new failure is an opportunity to learn and grow.
Thomas Watson said it best: "Would you like me to give you a formula for success? It's quite simple, really: Double your rate of failure. You are thinking of failure as the enemy of success. But it isn't at all. You can be discouraged by failure or you can learn from it, so go ahead and make mistakes. Make all you can. Because remember, that's where you will find success."